Associa Cares relies on volunteers from national and local committees to help identify people in both Associa and non-Associa managed communities affected by tragedies.

Below is a list of the Associa branches that helped families in need in their respective areas of the country. Many of these families were affected by house fires, severe storms and other disasters:

“As soon as we learned of these incidents, we immediately took action to help those affected,” said Associa Senior Vice President J. Matthew Steele. “We are thankful to Associa Cares for being able to provide the funds to help these local families during trying circumstances.”

Associa Cares is a national nonprofit 501(c)(3) organization created to assist families and communities in crisis as a result of natural and man-made disasters. Through donations provided at fundraising events across the country, Associa Cares is able to provide necessary goods and services to the families affected by these types of tragedies. If you know of a family who has been the victim of a natural or man-made disaster, go directly to www.associacares.com to submit a request.

Building successful communities for more than 30 years, Associa is North America’s largest community association management firm and serves its clients with local knowledge, national resources and comprehensive expertise. Based in Dallas, Associa and its 8,000 employees operate more than 150 branch offices in the United States, Mexico and Canada. To learn more about Associa and its charitable organization, Associa Cares, go to www.associaonline.com and www.associacares.com. 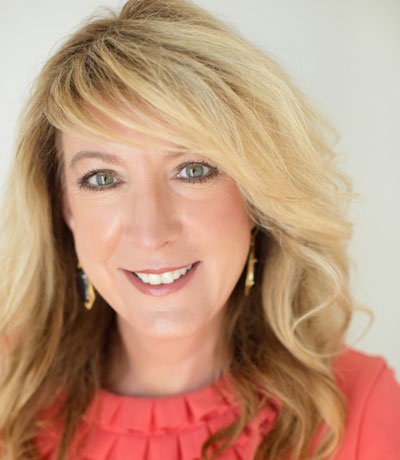 As the HOA Division Director for Community Management Corporation, Bryant oversees a portfolio of 135 HOA communities in the greater Washington D.C. region. Since 2017, he has served as chairman for the metropolitan Washington DC region’s Associa Cares annual Vendor Fair which is Associa Cares largest annual fundraising event raising an average of $250K per year for Cares. Before joining CMC, Phillips held roles in the hospitality industry ranging from kitchen manager to director of sales for national hotel brands such as Hyatt, Sheraton and Westin. Bryant honed his hospitality and culinary skills at Johnson and Wales University in Charleston, South Carolina and has a passion for food!

As Senior Vice President at MRCM Associa, Luanne has worked closely with the President’s office for 21 years, responsible for corporate administration with a strong focus on customer service.

Luanne was originally a client of MRCM’s and sat on a condominium Board of Directors serving as president for more than a decade before joining MRCM.  At the time of joining, MRCM was a company of 18 employees and managed under 50 communities and Luanne worked alongside the Founder and President. MRCM is a little company that grew, now serving over 300 communities. Involved in many corporate initiatives including internal and external communications, Luanne is the central contact for any client concerns.  Luanne is also the company’s internal and external event planner, coordinating employee retention events at MRCM, including the annual golf tournament in support of Associa Cares for over a decade, and the coordinator of Board Education events available to our clients.  Luanne is passionate about customer service excellence.

Prior to MRCM, Luanne was an executive administrator to the President’s office at Laura Secord, a Canadian chocolatier company with offices across the country. Supporting the leadership team for 15 years, Luanne was also the customer service contact for all customer concerns. This was, without a doubt, a “sweet” career.

An honour graduate of Ryerson University, Luanne holds a bachelor’s degree in Administration.

What lies before us and what lies behind us are small matters compared to what lies within us. And when we bring what is within out into the world, miracles happen.

Pauli Wong has more than 15 years of community association management experience and has previously held several positions at Associa Hawaii, including senior vice president. Ms. Wong has volunteered for the Community Associations Institute (CAI) for more than 10 years and resided as CAI Hawaii chapter president for two years.

Ms. Wong has been accredited the Professional Manager of Community Associations (PCAM®️)  designation through CAI and has received numerous awards for her role with CAI seminars. She holds the record for the best membership retention rate during her CAI Hawaii presidential terms and is also one of a handful of certified Reserve Specialists in the state of Hawaii.